Art as an Universal Language

I haven’t really given much thought to art in the way it can impact people’s lives and in more ways than one. It is only after I keep coming back to it again and again, that I realized the importance and value of creating art.

As a child, I thought of art as nothing more than a skill that I possessed and was usually better than most of the students. It never occurred to me as to why other kids were not as apt in drawing but I would almost always pay more attention to the few kids who were better than me. There was definitely a competitive streak inside of me. There was a sense of empowerment with these skill sets and I was usually made proud of the skills. In fact, I remember when a history teacher approached me and wanted to pay me $10 to do some sketches of some historical characters. I was so chuffed and it was a lot of money for me at that time.

On another occasion, my mother would lovingly keep the newspaper cutting of a drawing of a Concorde that was featured on the newspaper of my drawing. She would gleefully hold it up with pride and show it to friends and relatives who turned up at hour house. She still remembers proudly to this day. However, she has an abject fear of anyone pursuing the occupation of arts as she thinks it leads to oblivion with no future.

As a child, it did not always dawn on me that I could learn from others who were better than me. I did not analyze other student’s work in the same way that I maybe do now. The question we may need to ask is why are some people better than others in art and what is it that makes them good. Being a pragmatist, I always put this down to people’s perception of art and their mental awareness of their own ability in art. It can be said that anyone who pursues a new skill will face obstacles in the beginning, but eventually the same people with practice will be a lot better than when they started. This in essence is what can separate very able artists to those who still stumble drawing a line. I believe one of the ingredients that is often overlooked is the desire to be interested in what you are doing. I know for a fact that I enjoyed the ‘doing’ of art. Hence, I was able to progress beyond students who did not.

Art is not for everyone but those who are deeply interested can get very far in this skill, its just a matter of time and practice.

In the famous self-positive book by Napolean Hill called ‘Think & Grow Rich’, Napolean Hill actually lists the word ‘desire’ as one of the primary ingredients to be successful. This is then followed by the unrelenting belief that you can do it, which he terms ‘faith’. To the normal person, this seems obvious enough, but to put your mindset in that frame of thinking that Napolean Hill talks about, requires persistence as well as patience. He did not always talk about the desire to make money, the methods could be applied for any walks of life. This could be a successful mother, father, philanthropist, athlete, artist…you name it.

So how come, there are people who don’t jump to these methods and apply it to their daily lives? Everyone could potentially fulfill all of their dreams and set out to achieve anything they wanted in life. I personally feel, this is down to some of the human characteristics that can weigh all of us down. Take for example the most common of all, which is the desire to remain apathetic. The very thought of doing something can be daunting for some, just like a bungee jump where everyone hesitates. The famous proverb, ‘the first step is always the hardest’ is something we can all take away from this. The task of doing anything requires work and many people have thought out the negatives of doing the task, so unfortunately, it will never get off the ground. We all know that to get on anything done in life requires a commitment to making a decision and then acting on it.

The blissful life of staying in the moment of time without worrying about the race to get something done can run in all of us. After all, why go through the struggles of beating yourself up over something that won’t get you so far or have the desire to do so.

Unfortunately, it is this apathetic thought that can make us appear shallow with no real depth of substance. In case you don’t know this simple truth, the action of doing allows us to progress that little further. By being task orientated will collectively lead to greater thoughts and patterns that will eventually separate you ‘distinctively’ from the norm.

You may hold up your hand and remark that ‘reading books’ will also lead to greater awareness and there are no real task involvement there. This maybe true but how far can that take you in the world we live in. Everything revolves around ‘doing’, hardly anyone can get to higher levels without this act of doing.

Another reason of our own failures can be reasoned as noted below. In the world we live in today, quick gratification and an instant ability to get those tit-bits around the internet are perhaps the driving forces that are shaping people’s personalities. With so many worldly distractions like this, it’s no wonder people are looking for stuff that can provide the short term gratification to give some meaning to their lives.

The danger is that people want results quicker than ever before. It is inevitable that as a result, many won’t pursue the long term goals necessary to make them the superstars in their own right. They will most likely meander through life and blaming the external circumstances for their predicament. If you feel trapped in this way and find that there are no outlets, start by engaging in doing something no matter what it is. Little by little you will find more empowered and have a sense of fulfillment. Who knows where that can take you but you need to give yourself a chance. 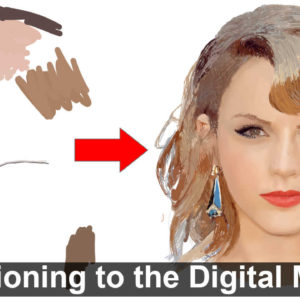 Digital drawing on your phone/tablet | An in-depth look