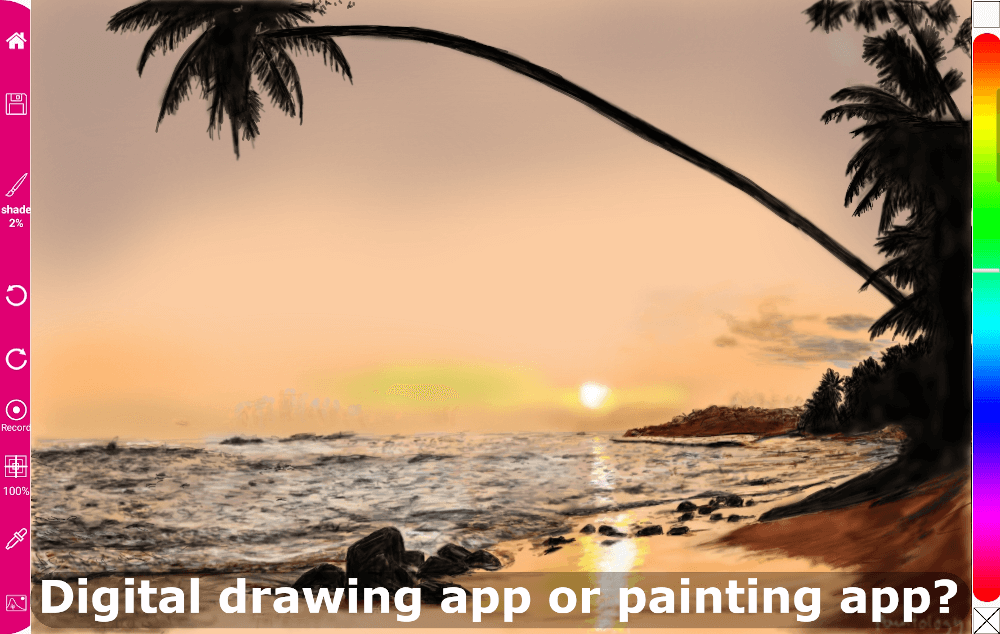 Drawing app and Painting app – What are the differences?

I have recently seen many questions regarding this topic of what the differences are between a drawing app and a painting app.

In order to answer this question, we must first understand the differences between drawing and painting. If you go to Quora, you will find some interesting insights into the differences and wanted to point to a few including the one I also posted there, see links below. Drawing is something I consider to be a dry medium compared to painting which is considered to be a wet medium. Typical examples of a dry medium (drawing) include, graphite, pastels, charcoals and examples of a wet medium (painting) include oils, acrylics, watercolors.

Let’s take a look a the English dictionary of what each of the words mean.

drawing: a picture or diagram made with a pencil, pen, or crayon rather than paint.

painting: the action or skill of using paint, either in a picture or as decoration.

So in the traditional medium, the distinction between drawing and painting is pretty clear. Now let’s examine the terms as used in the digital world or medium. A good start would be to check out some Quora responses on this subject.

What is digital painting?

What is the difference between a digital drawing and a digital painting?

Do I really need a drawing tablet for digital painting?

Fresh Paint by Microsoft was developed a few years ago with much fanfare as It was one of the first apps to emulate real paints and methods. 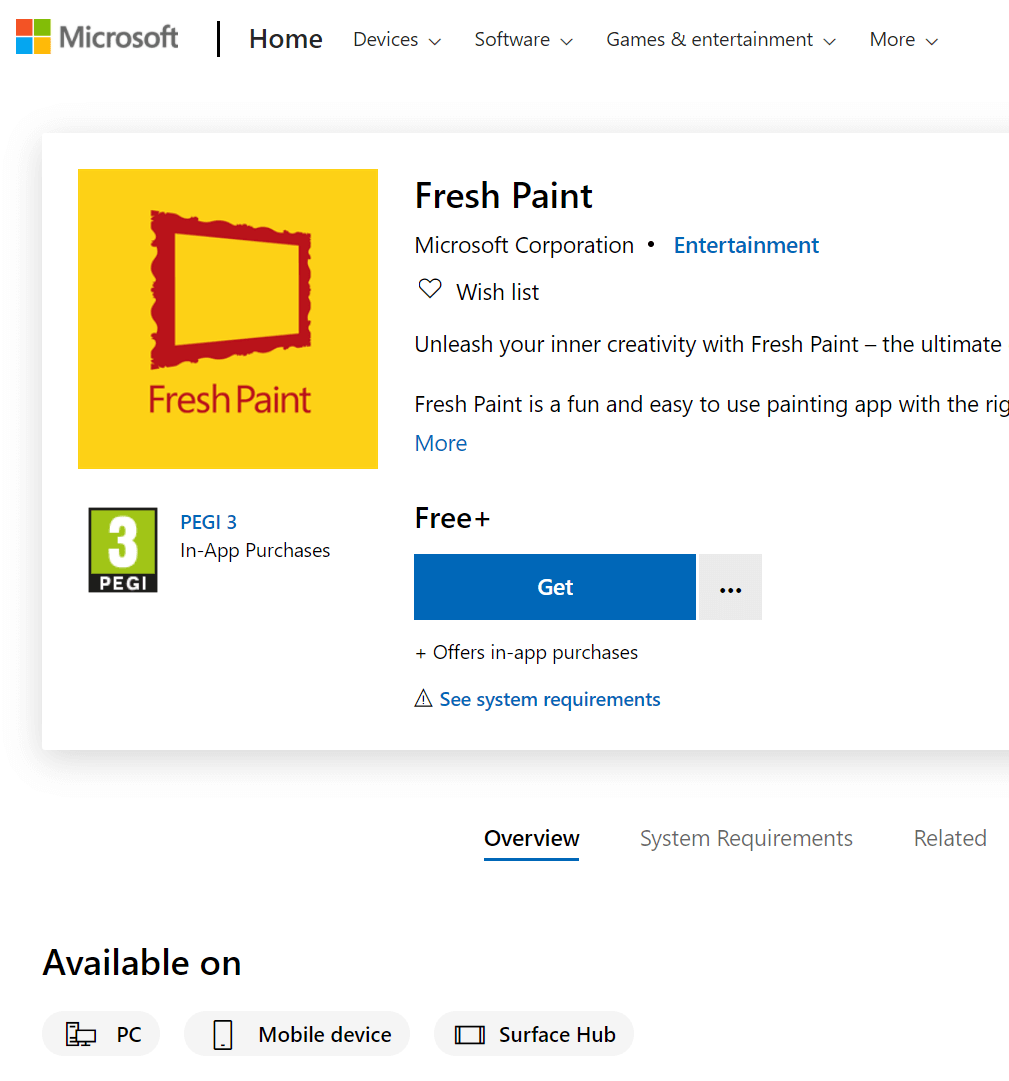 Fresh Paint is an application developed and distributed by Microsoft and it emulates ‘real world paints’. As you can imagine, it requires some neat algorithms to render paint like fluidity in the digital space which it does well with some nifty programs. The idea of the app was to appeal to the traditional artists who are familiar with the traditional medium of painting using oils, watercolors and other forms of paint. I personally have used this app to do some neat paintings especially on a large LCD screen, see below.

When you examine the finished painting above, you can see it is hard to differentiate between oils and the ‘real thing’ but the entire painting was done on a touch 40 inch screen with the Fresh Paint.

The above drawing of the famous Van Gogh ‘Starry Night’ was drawn on a 42 inch touch screen TV using the MS Fresh Paint. Again the effects created were the result of manipulating the ‘real paint’ with my brush which felt almost like I was working with wet paint on the digital screen.

I think I have provided an example of what you could consider true digital painting in the form of a painting app that does well to emulate the real world paints. Now let’s examine digital drawing which we understand it to be a dry medium and therefore it should emulate the dry mediums used in the physical world. There are a number of drawing apps that immediately comes to my head which includes, Sony Sketch, Ibis Paint, Sketchbook and of course Paintology. The Sony Sketch has a few tools that allows you to do digital drawing using ‘real world’ tools such as the pen, pencil, chalk and so on. When you come to draw with these tools, you can pretty much draw something that is close to the original traditional medium.

Take a look at the example below.

Looking at the drawing above, one can mistake this to a wet ink type drawing or even water color painting . The important thing to remember is that the drawing was made on a touch screen on a tablet using the Sony Sketch drawing app.

We can now understand what the differences between a drawing app and a painting app with references to what I have shown earlier. It is human nature that most people are comfortable and secure in the knowledge that they are already familiar with and in the same is true of painting and drawing. Practically all of us are familiar with the notion of what drawing and painting is all about as we have seen this from a young age and history is replete of drawings and paintings. To transition this idea to the digital medium, one must carry these ideas into this new medium, no matter what it is otherwise it won’t be fully appreciated or understood. Maybe a handful can discriminate between the two without too much effort, especially those that work directly in all these mediums and understand it’s nuances, but the majority cannot.

It is one of the reasons, why companies behind the apps like MS Fresh Paint, Sketch, Ibis etc. are more likely to bear drawing tools in their digital apps that is familiar to the rest of the world. However, I would like to go beyond this thinking and want to let you know that the digital medium is far more than that. I start off by giving the analogy that it makes no sense to compare oils with watercolors, you would probably think that I have gone barking made. The differences are pretty clear, you might think and that is easily tellable just by comparing the differences in the paintings. For example, the oil colors will have dense, opaque and sticky look about it when you look at it close up, whereas the watercolor has a feeling of paint being readily absorbed by the medium and the painter needed to let the paint flow. In contrast the oil painter, needs to work his way into the canvas in order to create the effects we see in the final rendering of the painting.

In order to truly appreciate the beauty of the digital medium, we need to remove ourselves from the thinking that we need to emulate the real world of painting and drawing. That would not be doing justice to this digital medium. In the same way that people discovered acrylics as an alternative to the oils that has been used for centuries, you will find very few people comparing the two mediums with each other let alone one trying to emulate the other. The medium now sits comfortably in the arsenal of mediums used by painters to bring out their creativity to the canvas as they see fit.

The digital medium in it’s true form has somewhat been tackled by the digital drawing app Paintology. The app although provides some ‘real world’ brushes like charcoal, line etc but the definition stops there and they have brushes that resembles nothing what we have seen in the real world. For example, the ‘shade’ brush that is found in the Paintology app is so versatile unlike anything found in the traditional medium and can be exclusively used to make photo realistic drawings. In addition, the setting of the brush does not include any filtering effects of any kind like many other apps out there and just requires you to change size. This is truly an astonishing achievement considering that many proponents of the digital medium, especially those working for the companies that make digital apps, point to a myriad of digital filters to create any types drawing. Fortunately, drawing and painting have not changed over the centuries which still requires your inert ability to draw and this is translated to the Paintology app. The main focus of drawing is not learn the abundant tools that are laced with all these digital apps, but to grasp the tools sufficiently to bring about artwork that anyone can admire.

Check out a couple of drawings made by the Paintology drawing app below.

I feel that drawing should be a fun and a rewarding experience and the Paintology app get’s me close to that.

To summarize the original subject regarding the differences in the drawing apps and painting apps, the truth is that there are no differences. Most apps that you can find on the Android or Apple platforms ae capable of both being a drawing app or a painting app. This is because the digital medium is very versatile to render a drawing of either ‘dry’ or a ‘wet’ feel to it purely by the way the brush strokes are emulated into the program. However, the digital apps do not have to confine themselves to these traditional drawing or painting tools, it is capable of producing brush strokes like nothing ever seen before. An example of this is the ‘shade’ brush tool of Paintology, which can exceed drawing capabilities not seen before with just one brush tool.

I hope you found this article useful and hope to bring you more. Please feel free to add your comments below.

Sony Sketch Application – How good is it? 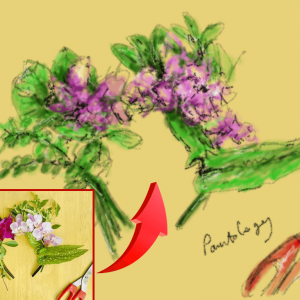 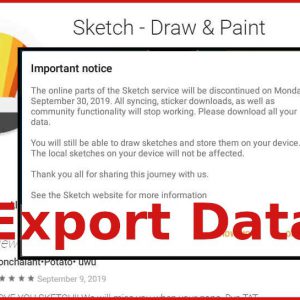