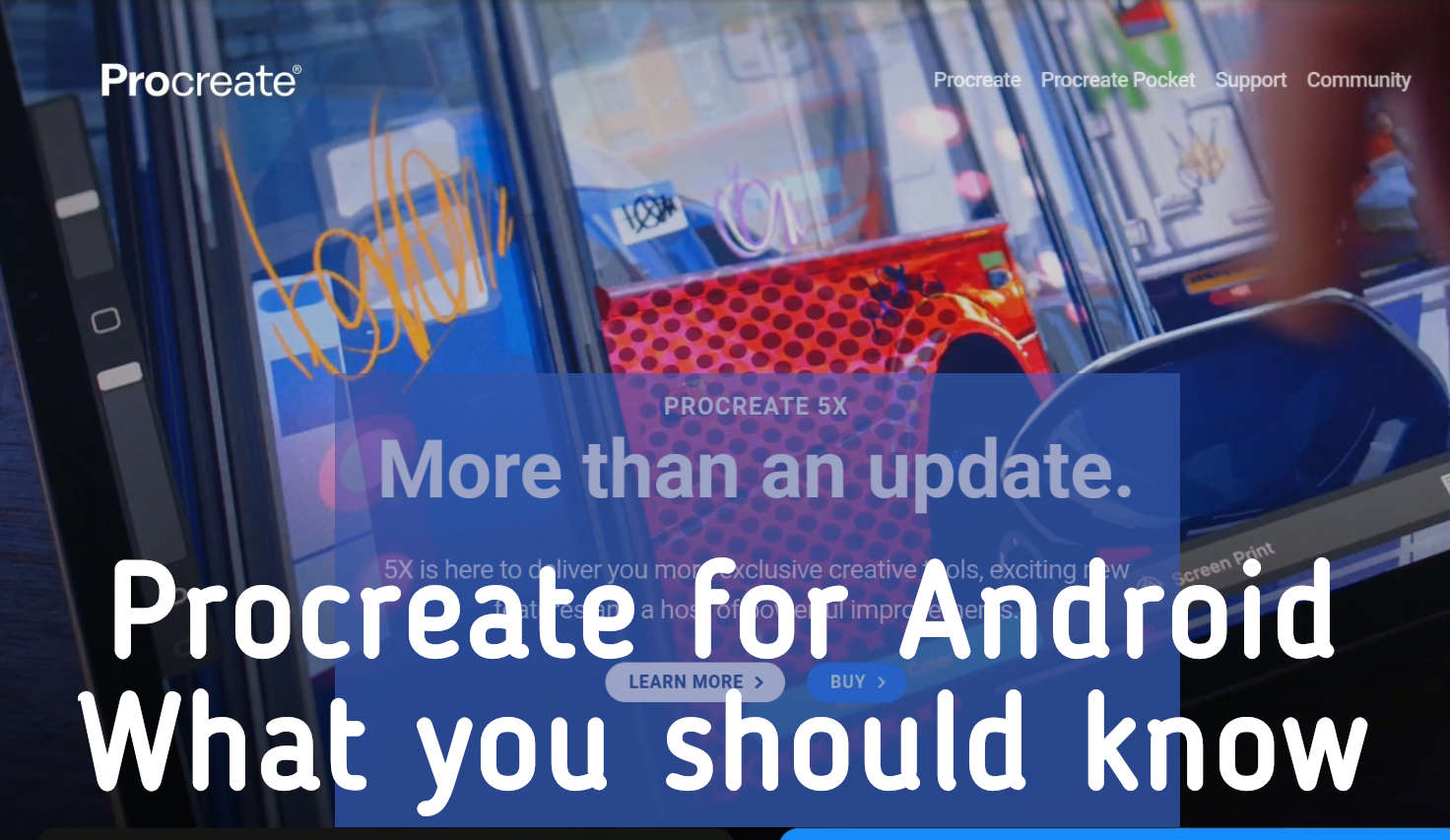 There have been a number of apps recently appearing on the Google Play Store by the name of Procreate. This is puzzling, since I know the parent company of the official Procreate app on the Apple store has not launched a version for the Android platform. You can visit their parent site in the links at the end of this post.

There is no Procreate for Android!

The questions is, so what are all these apps and why have they appeared on this Google platform and pretending to be Procreate when they clearly are not. I will try to provide some explanations to help you understand what all the fuss is about.

Procreate is extremely popular on the Apple platform and anyone who is into digital drawing will know about this app especially the Apple audience who enjoy drawing on their iPads.This means that procreate for the Android platform which happens to be the largest app store in the world would probably have a version of Procreate just like the Apple right… Not so, as I shall explain.

The Apple community is very different to the Android community. It is generally understood that this community comprises more paying customers than the Android community. This is in part due to Apple’s huge marketing engine vying for customers with deep pockets for their range of devices which include phones and tablets. As a result they have better capabilities than the Android platform in getting users to pay for apps which naturally gives Apple a big chunk of change.

This inevitably leads to the creators of Procreate to stay within the ecosystem that maximizes their business value and underlying profit. The competition to translate business into money on the Android platform is a lot harder and there are many gimmickry ways to achieve this. If you are familiar with the Android platform, you will know what I am talking about ie. interstitial ads, pay for extras, subscriptions, etc. For a developer to make money from a paid app will require exceptional marketing capability or a huge branding that you can already tap into. Unfortunately, most developers of the Android platform do not have these luxuries at their disposal. Instead they will opt to do ASO (application search optimization) and SEO (search engine optimization) that will help them to achieve the traffic that they are looking for with minimal outlay.

It’s all in the Keyword ‘Procreate’

The keyword ‘Procreate’ has become so popular it is almost a defacto standard to mean drawing on the iPad or tablets. Naturally many Android users will want to be looking for the same thing on the Google platform.  As a result developers will no doubt target this keyword and push them and use it to their advantage in ranking high in the Google play store for those keywords. Although, I am not sure of the copyright restrictions of using ‘Procreate’ which no doubt has been trademarked by the parent company. From doing a search on play store for this keyword, it would appear that Google doesn’t really care about developers using the trademarked name. In the same token, it could be that the parent company is not interested in protecting their trade names as it can probably help them give more visibility. However, in the long run, it could be damaging to their brand when the quality of the app is not up to expectations and users will automatically associate the app with them. I don’t see the company appearing on this scene until a ‘procreate’ app for the Android clearly takes off.

My first examination of a couple of these apps shows it to be fake with no substance once installed. This is also reflected in the poor ratings obtained for the app around 3 stars. Here is a quick tip on understanding ratings for apps on the Google play store. You should be wary of apps that are either low around the 2-3 stars and also anything that is above 4.6. This is because apps that are scored lower generally reflect poor quality but at the same time, higher scores can also reflect some bias towards the app. Check out my video of these Procreate for Android apps below for further information.

I did find another developer with the word procreate in their title and oddly enough this one did have an actual app that you could use. I reviewed this app and found that it resembles the likes of the very popular Sony sketch app that has been defunct for about a year. However it does lack a lot of features which I show in the video below.

What you should know about drawing apps

I wanted to let you in on a secret which some of you may already know. Popularity of an app does not necessarily mean the best app out of the whole crop. Fortunately, we live in a world of innovators where things change continuously and bring about a breadth of products and services that we all can enjoy on a day to day basis. This keeps competition thriving and pushes the envelope further and gives the end user access to quality apps. The same can be true of Paintology where the envelope in digital drawing and painting have evolved allowing anyone with a phone or tablet to excel in drawing and painting in the digital medium. More about this app a bit later.

A result of this innovation can be a double edged sword for the inventors of new apps that can struggle to make it mainstream. Many great apps can go a miss by users because they just do not attain the traffic or momentum to put in front of many users. It is unfortunate indeed, that we have a situation again where the top-heavy apps are there because they either had a lucky break or had enough marketing dollars to be there. Many developers do not have access to the desperately needed marketing dollars and they almost always rely on a lucky break. As a result many would have faded out of existence with users losing the benefit of not having tried it.

One drawing app that can pave the way for a new way of drawing and extending your creative skills, is the Paintology app. If you are more serious about drawing and painting than try your hand with the Paintology app which has been developed from the ground up. The uniqueness of this app allows you to draw and learn very quickly with little effort and the drawing canvas is extremely intuitive. You don’t have to take my word for it, you can look at the many reviews of this app, a preview of this app is shown in the video below.

A little about me:

I come from a traditional background and founded the Paintology app to make drawing accessible to anyone with a phone or tablet. The focus of the app is that anyone who enjoys drawing in the traditional medium will find this equally comfortable and continue to extend their creative skills in painting and drawing. The app has many tutorials that you can find under the video tutorial section and a unique community section to share your artwork with thousands of other Paintology users. In addition, you will find an extensive range of Youtube videos as well as up to 40 free Udemy courses to improve your drawing and painting skills.

Unlike other apps, Paintology has no intrusive apps and you will find everything you need to start drawing and extending your skills that much further. Please give it a try and let me know what you think in the comments below or post your review in the Google play store.

Venture into this exciting world of drawing with phones and tablets and you will surely not look back.

Check out my other ongoing reviews of the drawing, painting and sketch apps found on the Google play store along with demo drawings below. 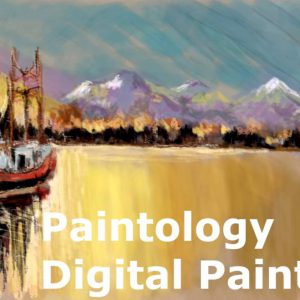 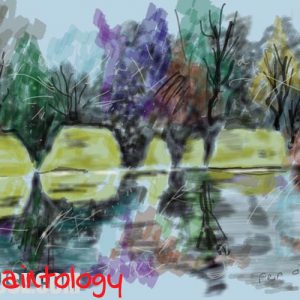 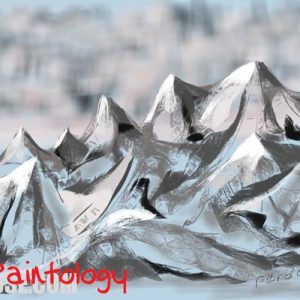 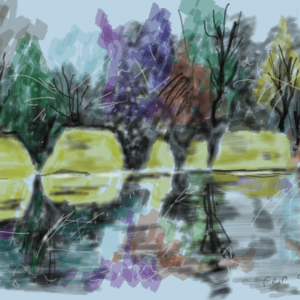 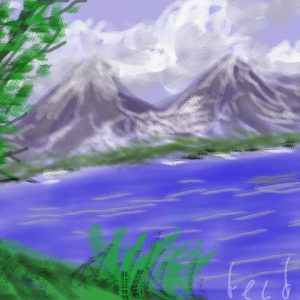 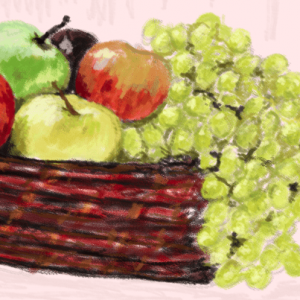 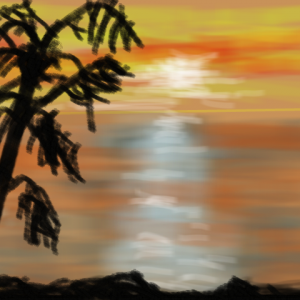